Dr Sarah Ogilvie
Senior Research Fellow in the Faculty of Linguistics, Philology, and Phonetics and of Campion Hall

Dr Sarah Ogilvie is Senior Research Fellow in the Faculty of Linguistics, Philology, and Phonetics and of Campion Hall at the University of Oxford. She is the Director of the new MSc in Digital Scholarship. Before Oxford, she taught at Stanford and Cambridge Universities, and worked at Amazon’s innovation lab in Silicon Valley.

Dr Ogilvie is a linguist, lexicographer, and computer scientist who works at the intersection of technology and the social sciences. Her research focuses on lexicography, endangered languages, language documentation, field methods, historical development of language, corpus linguistics, and digital humanities. She directs the Dictionary Lab, which was founded at Stanford University and is now based at Oxford.

For 2018-2021, Dr Ogilvie is also a research affiliate at Stanford’s Center for Advanced Studies in the Behavioral Sciences. Funded by the Knight Foundation, her work is part of the iGen Language Project, an interdisciplinary investigation of the language, culture, and mindset of young people aged 16-25 yrs, involving the creation of a 70-million word corpus of language and time-aligned video transcriptions of Youtube, reddit, 4chan, twitch, and twitter data. The result of this research will be published in the co-authored book Gen Z, Explained: the Art of Living in a Digital Age by University of Chicago Press in November 2021 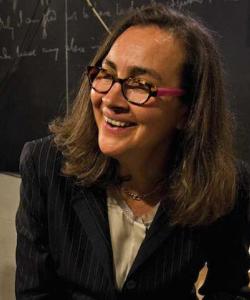